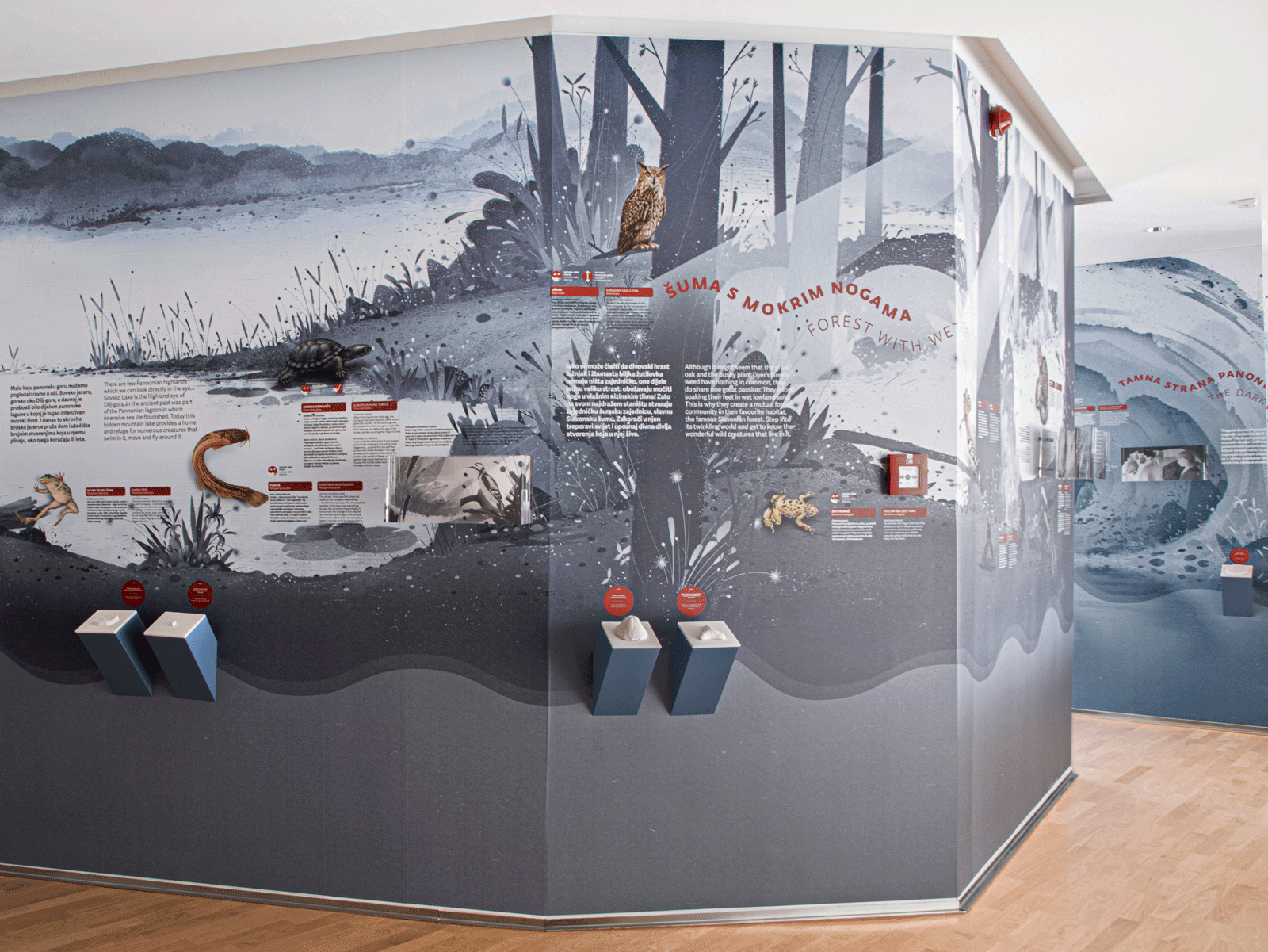 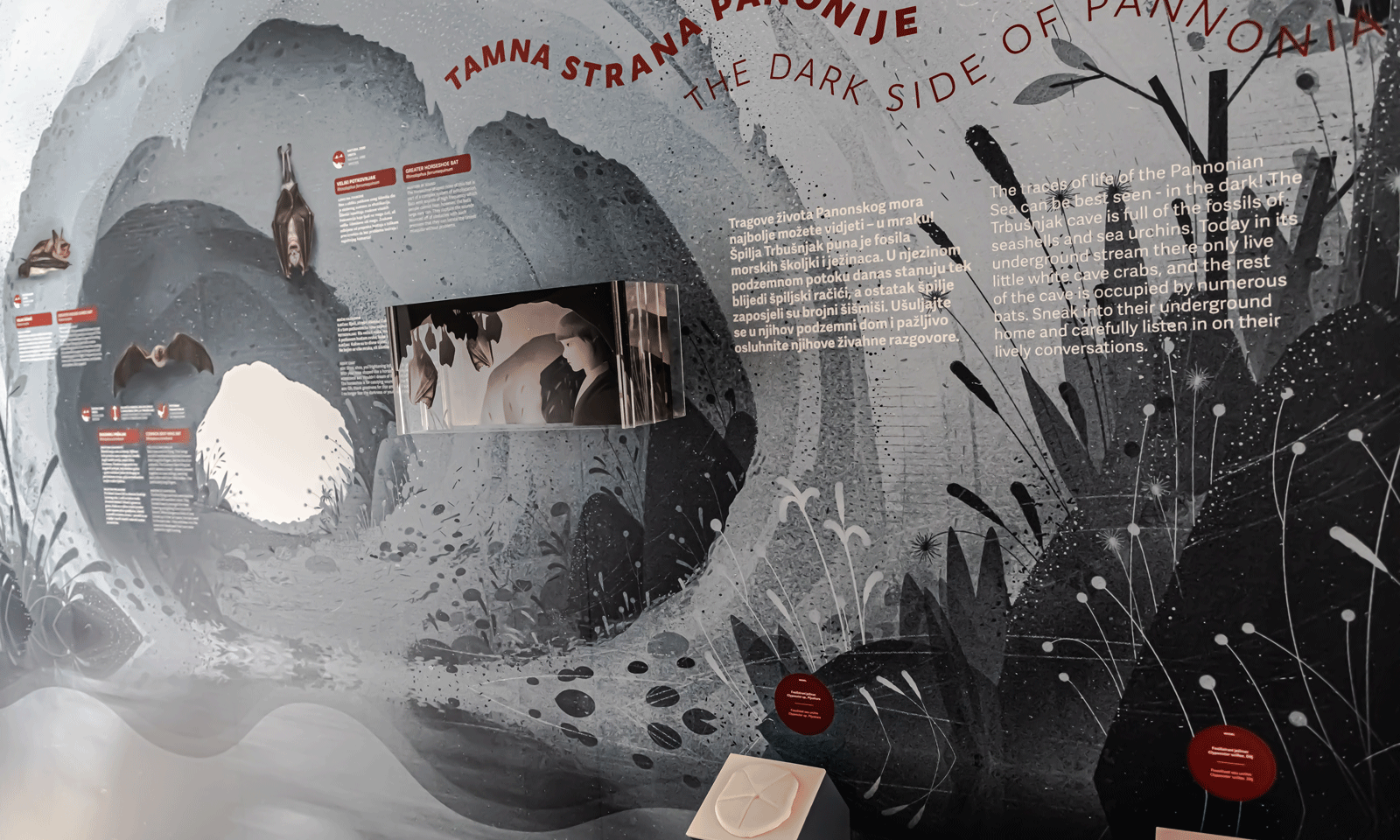 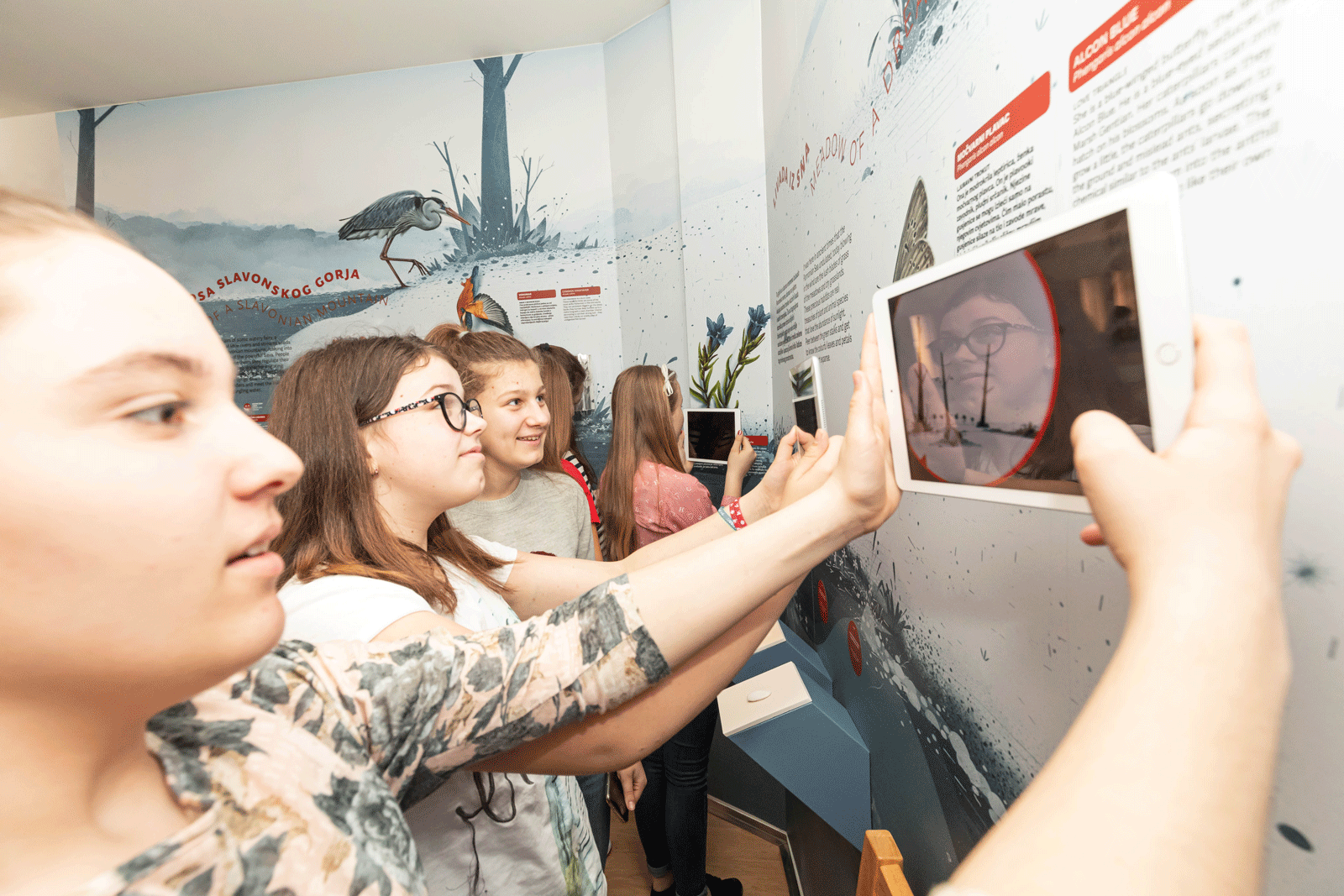 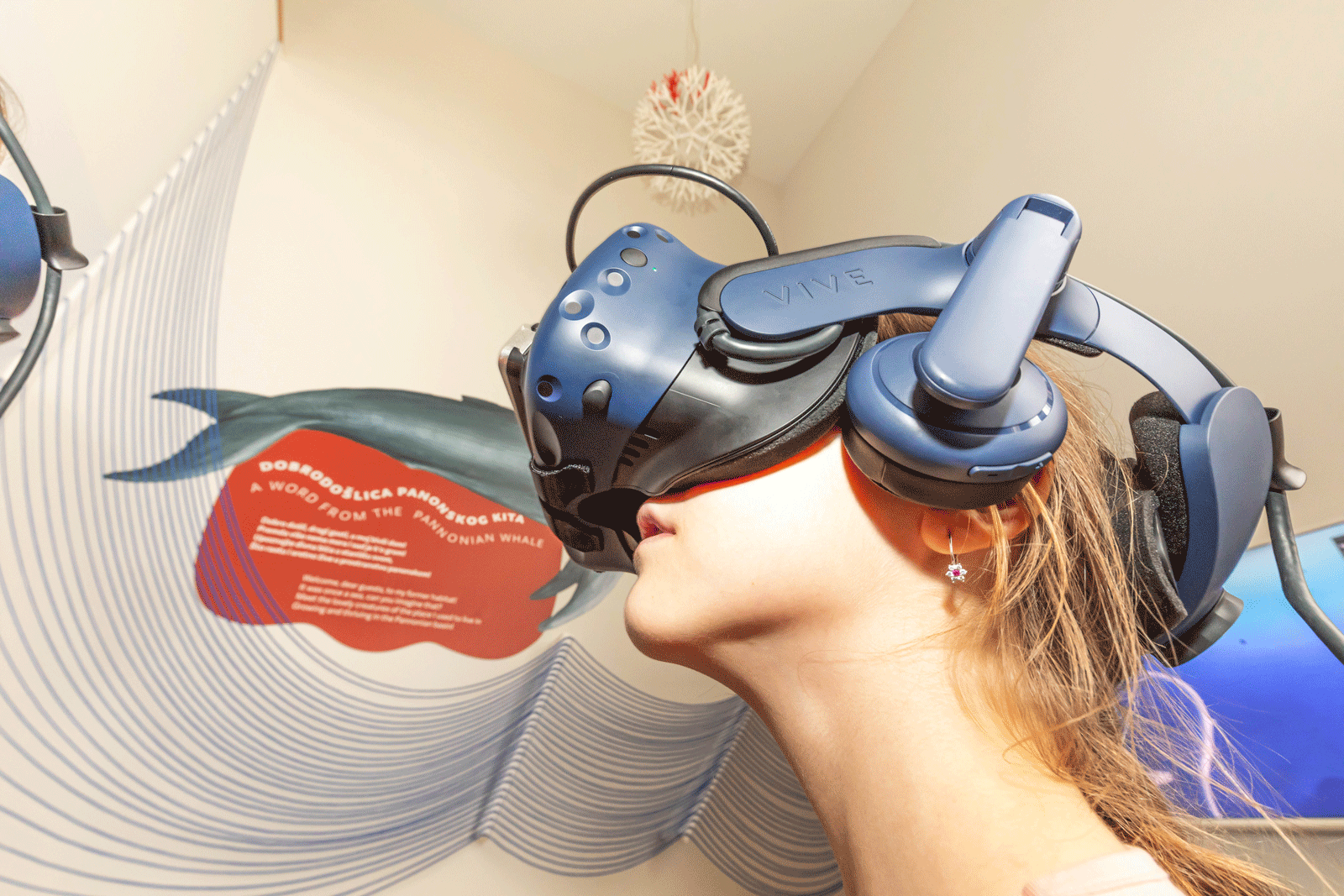 Terra Panonica is open! Find out how Pleternica celebrates life and the Pannonian Sea!

Did you know that between Psunj, Papuk and Krndija, the mountains near Pleternica, the oldest and largest mammal – the whale – once roamed? Green Slavonia used to be a blue sea, and a mega-shark used to swim here side-by-side with the whale! You will find out all about these old Slavonians with fins, as well as today's wonderful world of nature at the Terra Panonica Interpretation Center in Pleternica. We created the permanent exhibition together with our client and collaborators and happily sailed into one more story.

Where all shades of yellow grain sway like waves, the sea used to roar. It was called Pannonian and tens of millions of years ago it covered part of today's European mainland, including our fertile Slavonian plain. It is here that a special island has recently sprung up, inspired by this ancient salty world and its creatures, as well as by modern life on the land. It is located in Pleternica, in the renovated building of the old cinema, which today bears the name of the Terra Panonica Interpretation Center.

So how did Pleternica lose the sea!? Science says that in ancient times, twenty million years ago, the movement of tectonic plates created mountain ranges (the Carpathians, the Alps and Dinaric Alps) that eventually separated huge amounts of water. A lake that was filled with saltwater gradually lost its salinity. This isolation forced living organisms to adapt to the new living conditions, which gave impetus to the development of special endemic flora and fauna. Later, the lake dried up, the islands of the Slavonian archipelago became Slavonian mountains, and the seabed became a fertile terrestrial habitat, changing its name: mare became terra, more precisely Pleterrnica. However, the plains and mountains have preserved numerous traces of this sea. In addition to corals, sea urchins, sponges, snails, shellfish and seaweed, parts of the skeletons of large fish, dolphin vertebrae and the teeth of giant sharks were also found.

In Terra Panonica, some of these strange creatures will sail before the eyes of visitors in a reconstruction behind which stands a real detective job! Despite the preserved remains, speculations about what life looked like in the distant past required a special interpretive procedure. This interpretive procedure is a combination of artistic vision, scientific foundations and modern technology. Namely, thanks to virtual reality technology, the visitor meets the host of the exhibition – a whale – as well as many other ancient sea creatures in a realistic virtual environment.

The exhibition also interprets modern endangered and protected plant and animal species that live in the vicinity of Pleternica and with them the typical habitats where we can spot them. Many of them are part of the Natura 2000 network. Stories about them are told in imaginative narrative forms and alongside superb scientific illustrations. One animal species is chosen as a representative - ambassador - of its prehistoric predecessors. Observing them, the visitor can see how evolution has changed over millions of years, i.e. what is the connection between today's species and their ancestors.

Animal species depicted in the superb scientific illustrations on interpretive wall graphics come to life into an augmented reality application: they swim, crawl, walk, sing and fly, and in a separate 3D diorama medium even talk to each other in rhyme. Here, we can witness unexpected conversations and discover how one river mussel sent its offspring to the nursery of a barbel, about what the orchid complained about to the corncrake, or what words of wisdom the frog and the woodpecker exchanged.

The celebration of nature continues through the Interpretation Center’s other programmes. In addition to the modern exhibition, visitors of all generations can enjoy the multimedia hall where an animated film and a play on the theme of natural heritage are shown. Visitors can also enjoy walks along the interpretive trails in the town’s park and along the babbling river Orljava. Pleternica is a place that, if you haven’t already, you really have to visit now. For some time to come, visitors have to follow the instructions of the national civil protection authority, and hopefully, soon, they will be able to visit without any restrictions! Terra Panonica awaits!

Construction and equipping of the facility
Presoflex gradnja d.o.o.
Diversitas IT sustavi d.o.o.