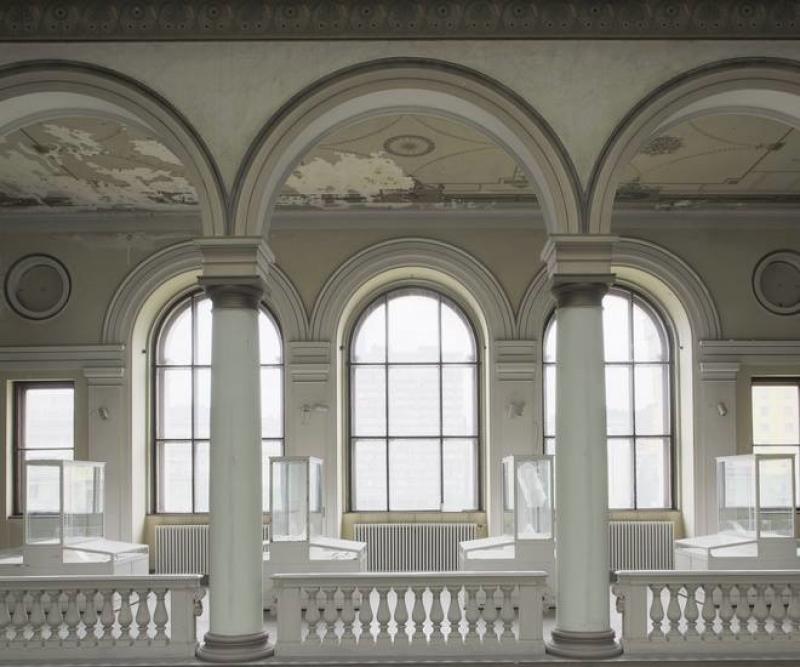 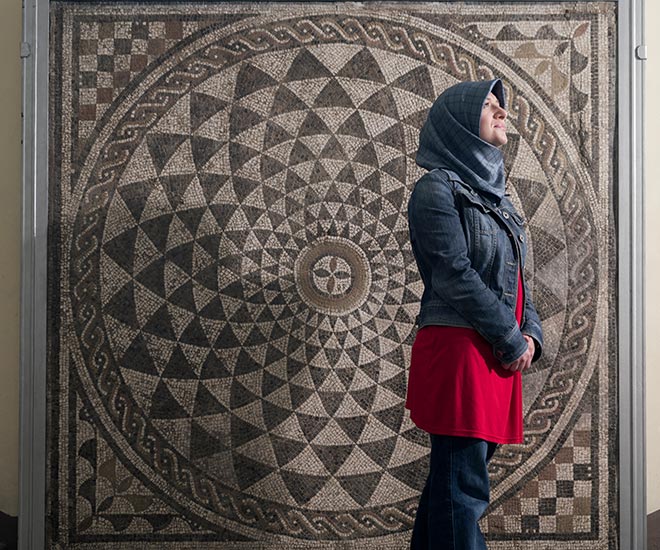 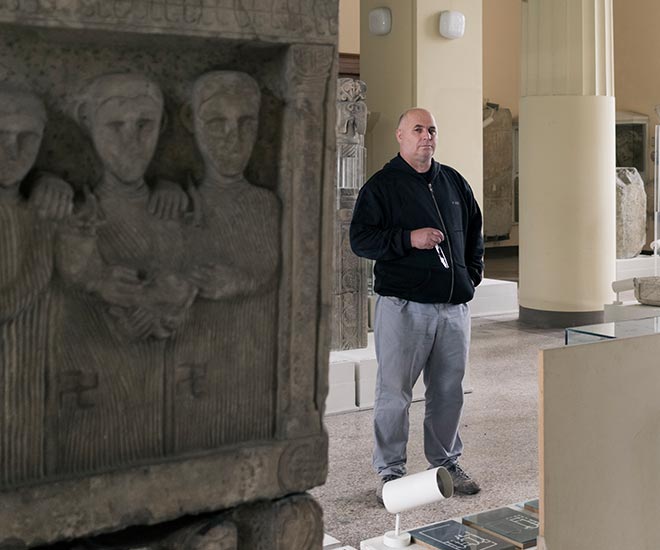 I am the Museum

The establishment of a museum always occurs in the third person plural. But what about the demise of a museum? This occurs in the first person singular – because only when the last person with a strong link to the atmosphere in which and around which the collective memory arose disappears – so does the museum. It is because of the strong will of many individuals and their connections that the National Museum of Bosnia and Herzegovina still lives today although the negligence of the owners of state institutions would nearly have buried it – twenty years ago. The revitalisation of the National Museum of the neighbouring state was completed exactly a year ago (at the end of August and beginning of September), but what does the story of Sarajevo’s museum have to do with Muses? First of all because when we were in Rijeka at Unicult we met Aida Kalender, an activist and one of the initiators of the action to save the National Museum, but also because we are convinced of how a story of heritage cannot be reduced to its geographical and political determinants alone.

In its essence it bears witness to how the safekeeping of a collective memory and feelings through the preservation of heritage is not some remote or mystified job in the labyrinths of institutions, but a thing of each of us in so far as we have accepted the idea of civil responsibility for the values and society in which we live. But the good story about the Bosnian museum began far from being happy.

Namely, this museum is one of seven cultural institutions of national importance, which after the Dayton Peace Agreement remained in a so-called legal vacuum, because the responsible state institutions did want to take over the founding rights of the museum for twenty years. Translated this meant that no one wanted to take on the obligation of its financing. Despite this the museum survived with money intended for the maintenance of the collections, but over time this amount was radically reduced, the museum’s collective remained on resources which did not represent even a fifth of the budget needed for the normal functioning of this institution. Brought to the edge, in 2012, the management and employees decided to close the museum’s doors to the public, however its workers did not stop going to work. Without any kind of income they went to work every day for three years – working shifts and taking care of the cultural treasure of the country whose politicians did not care for it. Images nailed to the museum’s doors went around the world, but this did not change the situation. And when it seemed that the museum founded back in 1888 had come to an end, at the beginning of 2015 amidst the public polling of workers of the museum due to the alleged “negligence” a photographer, Zijah Gafić, went to the museum and began making portraits of the museum’s workers. At the same time audio interviews with the employees were also recorded. In this way, almost spontaneously ‘The Guards of the Museum’ project was created, revealing an untold story of the responsibility and love of their job and profession, the former as well as present conditions of the work, the fight for survival and the dilemma between hope for a better tomorrow and the reconciliation with the inability of changing the situation. The concept was preliminary created by Aida Kalender, and ‘The Guards of the Museum’ exhibition was opened on 27th July 2015 in the National Museum of Bosnia and Herzegovina in front of 500 or so people. The exhibition was a great introduction to the civil action entitled 'Ja sam Muzej' (‘I am the Museum’) organised by the AKCIJA cultural NGO (akcija.org.ba) of Sarajevo. Those who attended were treated to an exhibition consisting of 38 portraits of the museum’s employees, and under them were their statements, all woven together into one different, intimate story about the museum and the people who care for it. The exhibition was also an invitation to the movement ‘Dežuram za Muzej’ (‘A Shift for the Museum') during which more than 3,000 citizens gathered from Bosnia and Herzegovina, the region and the world. The shifts in the museum lasted 30 days, and anyone who wanted was able to apply.

And here is what the ‘Guards of the Museum’ said to their fellow citizens and visitors:

“The museum is collapsing from within – the people are ill, dying, leaving. I often think about how it would look if one day the museum were to open. It is difficult to bring back the years, which have irreversibly passed. It is also difficult from the professional side, because one expert does not create only a school but both practice and work. Like an athlete who warms up before a match, it will also take time for us to put things back on track.”

“Today our working day looked like a shift in a museum, of a few hours, to go round all the collections and rooms. We are simply connected to everything that is located here, to the exhibits, to the collections… The agreement between the workers was to protect this, to guard it and to make sure that nothing is missing.”

“The museum is loved and alive. When you think about everything that is here and how much of our history is in this museum, then you feel as though you are part of something great. As for our private lives, we barely make ends meet. Nevertheless, I get up in the morning, smile and come to my shift at the museum.”

“It was lovely when it worked normally. Every man loves to work and earn a salary for his job, but today the situation is very depressing. However, I hope that the situation will change. I think that the National Museum is an institution too important for this country that it be neglected any further.”

They listened to the “guards of the museum” those days and on duty in the National Museum were ambassadors, top and low representatives of the international community, the cardinal and reisul-ulema, Franciscans and representatives of the Jewish community. What is more important, being on duty were collectives of schools, students, academic workers, nursery schools and playgroups, students of conservation, psychology, scholarship holders of the Hastor Foundation, ERASMUS students of Sarajevo, volunteers of the Bosnian Red Cross, and so on. Also taking part in the shifts were employees of companies, banks, factories, workers and management members, media house editors, non-governmental organisations, collectives of hiking associations, artists, musicians, writers, culture workers, sports clubs and athletes. Finally, on duty were even those whose profession had been responsible for the initiation of these shifts – the politicians, but this time only as citizens. The movement didn’t just stop in Bosnia and Herzegovina, from Slovenia and Croatia there came letters of support for the movement from more than 5,000 addresses of cultural institutions and organisations in both countries!

Apart from the portraits and stories of the workers of the museum and the authorial texts about the museum of prominent Bosnian and Herzegovinian writers, the movement also included an invitation to citizens to get involved by sending letters to the addresses of the responsible ministers. The great movement bore fruit – the museum opened exactly a year ago on the 15th September 2015, and symbolically finished with a 3D video projection on the façade of the main museum building, one more homage to the honour of the employees – the guards of the museum.

Today the National Museum not only works but because of its struggle, it received an award: in May 2016 the museum and the ‘I am the Museum’ campaign received the Europa Nostra award, the greatest European acknowledgment for achievement in the field of cultural and natural heritage. The strongest message that they sent was: People are the museum. We are the museum! Wherever, whenever and under whatever conditions.

Now it is clear to you what the link between the Bosnian museum and Muses is. When culture is in pain - all workers in culture feel the pain. When happy – happiness has no boundaries.